The ones I hear of people walking away from the most is Body Guard God, On-Demand God, and Guilt God. The Anti-Science and Gap Gods are ones that I find most people outside of the church just ASSUME is the God we follow, based on rumors and a few Christians they’ve met.

Here’s the point of this blog. 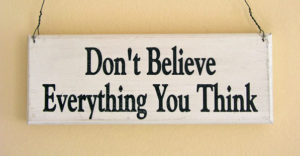 Many people claim to struggle with GOD (the God of Scripture), but everything they believe about that God came from a church, their own assumptions, or Christians who claimed to know what they were talking about – and VERY LITTLE actually lined up with what we read about God in Scripture.

Everything they believe about that God came from a church, their own assumptions, or Christians who claimed to know what they were talking about.

Over my last 40 years, I’ve struggled many times in understanding God, feeling His Presence, and trying to reconcile the God I claim to follow vs. the God I WANT Him to be for me. Often, when I reach the end of my struggle, I’m actually closer to God than I was before. After I’ve spent time rejecting what was assumed (thus incorrect) about God and discovering what was TRUE about God, I felt that I was drawn closer in relationship with Him.

Don’t minimize the postivie tension that struggling with God can bring to your life. It could be the BEST thing that you could do.

Take a moment and think about what you BELIEVE to be true about God? Write a few of those things down. NOW – spend some time in the next week and study the scripture to see if what you believe ABOUT GOD is actually TRUE OF HIM.

Don’t minimize the positive tension that struggling with God can bring to your life.

When Jesus told the story of the Prodigal son to a crowd of religious leaders and Pharisees, he was trying to help them SEE a picture of God that he already knew would contradict what they believed about God. Jesus spent a great deal of time bringing about this kind of TENSION to help people move towards a relationship with their Creator through Him.

Some will struggle and walk away from God. Before you JUMP to conclusions, judge them, and condemn them, make sure they actually were following the God of Scripture. Chances are HIGH that they walked away from a God that you would have also walked away from also. Acknowledge it, and then pray for the opportunity to help them walk towards the ONE TRUE GOD together.
Subscribe to MattDawsonTV

2 thoughts on “You Walked Away? Good…I Would Have Too.”