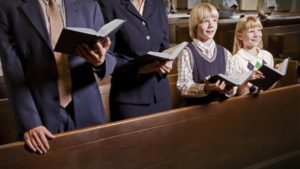 I’m not necessarily in this place personally, but I’m just around the corner with my 12 /2 year old and my 10 year old following right behind.

I’m speaking to the tension that exists between our families’ beliefs and our own personal convictions.

The longer we wait to allow our kids to substantiate their own personal beliefs and require them to hold to a family belief, the less of a foundation that they will trust in when they leave your home.

Example.
My kids are starting to watch movies where they can hear some choice words that “we don’t say.”  They understand through school, friends, and environments that they are in that they cannot control what other people say.  I want my kids to understand the value of choosing better words to describe or identify something rather than slang, cussing, or cursing.
The FAMILY BELIEF brings rules that have consequences for using that kind of language in my home. However, that’s not enough to cause my kids to hold these beliefs as a personal choice, especially when they are not in our home!

This applies to all areas of life & faith – our kids HAVE to take steps to make their faith and beliefs their own! It might look different for every family in what areas and ages you want to take these steps, but here are 3 steps I believe can help the next generation go from Family Belief to Personal Belief.

Our youth need to know WHY we believe what we believe (I certainly hope YOU know why you believe what you believe). It’s simply not enough to say “because the Bible says so.”  They have to know WHY the Bible is an absolute truth they can trust as a foundation of their lives.  They have to know WHY agreeing with Jesus is not only the BEST option, but often times the one that will cause the most tension in their lives.  When they get to a certain age, WHY becomes more important than the behavior or rule itself.